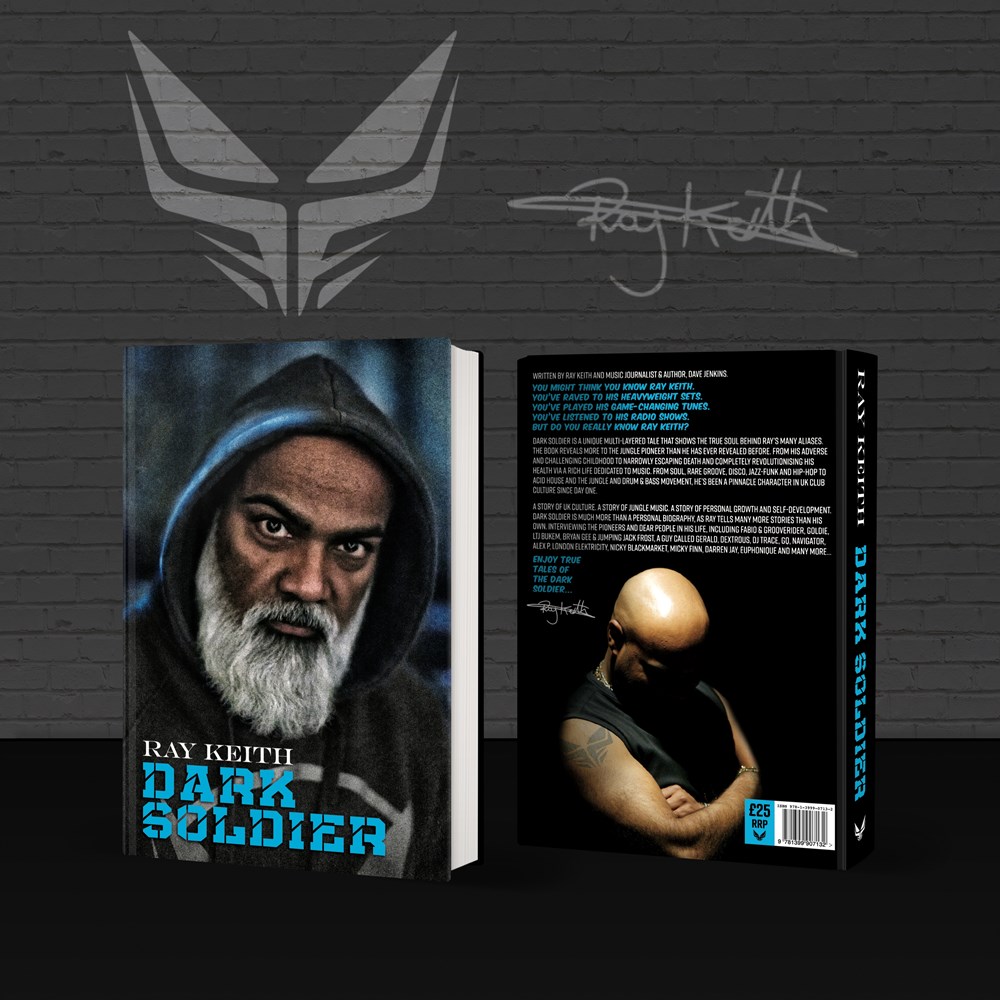 ALL PRE-ORDERS WILL BE HAND SIGNED BY RAY!

You might think you know Ray Keith.
You've raved to his heavyweight sets.
You've played his game changing tunes.
You've listend to his radio shows.
But do you really know Ray Keith?

Dark Soldier is a unique multi-layered tale that shows the true soul behind Ray's many alias's. The book reveals more to the jungle pioneer than he has ever revealed before. From his adverse and challenging childhood to narrowly escaping death and completely revolutionising his health via a rich life dedicated to music. From soul, rare groove, disco, jazz-funk and hip-hop to acid house and the jungle and drum and bass movement, he's been a pinnacle character in the UK club culture since day one.

A story of UK culture, of jungle music, of personal growth and self-development. Dark Soldier is much more than a personal biography, as Ray tells many more stories than his own. Interviewing the pioneers and dear people in his life, including Fabio & Grooverider, Goldie, LTJ Bukem, Bryan Gee and Jumpin Jack Frost, A Guy Called Gerald, Dextrous, DJ Trace, GQ, Navigator, Alex P, London Elektricity, Nicky Blackmarket, Micky Finn, Darren Jay, Euphonique and many more...

To create a new account, simply fill out the fields below.

If you are already registered for other Databeats stores, you can use the same login to access this store.

To reset your password, please enter your registered email address.

Please choose below if you would like to receive marketing related electronic communications from Dread Recordings, including news, events, updates, and promotional emails. You may withdraw your consent and unsubscribe from such emails at any time.

Notify me when available